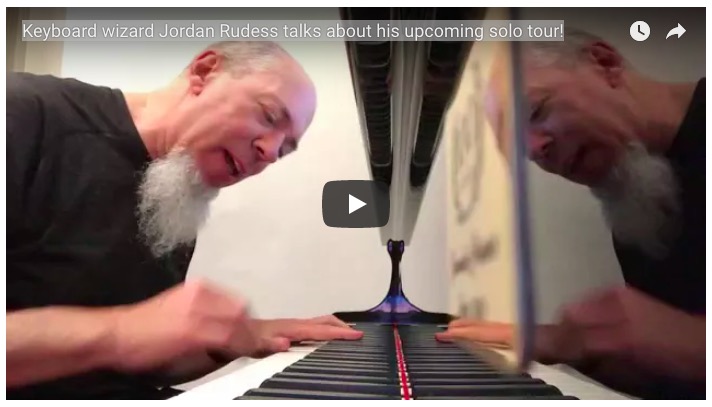 What can be said of Jordan Rudess? You probably know him as the keyboard wizard from the legendary prog-metal outfit, Dream Theater. But this visionary craftsman also founded Wizdom Music, which allows him to develop new musical technologies and apps that further fuse the bond between human beings and all musical art forms. There have been a myriad of solo records, and side projects including Liquid Tension Experiment among many others.

He is about to embark on a solo tour called From Bach to RockW which will touch upon every phase of his most interesting life as a musician. Just Jordan and a grand piano, with lots of stories and selections pulled from his entire life. Jordan and I had a conversation this week on the heels of the tour, details of which can be found here.

There’s a minor bit of drop off in the middle where Jordan gets a phone call, but it’s all good. It’s real life bumping into a busy schedule. I hope you enjoy our conversation, which covers the tour, his upcoming Keyfest event and the next Dream Theater project.